We left Oxford for 3 nights, 4 days in Wales. Our home base was to be Penmaenmwar (pen-MAYN-mau-er, but with a little slur between some of the syllables). We’d booked an Air B&B with a view of Puffin Island on the front side of the house and a view of Mt. Snowden on the back side. How could we resist? 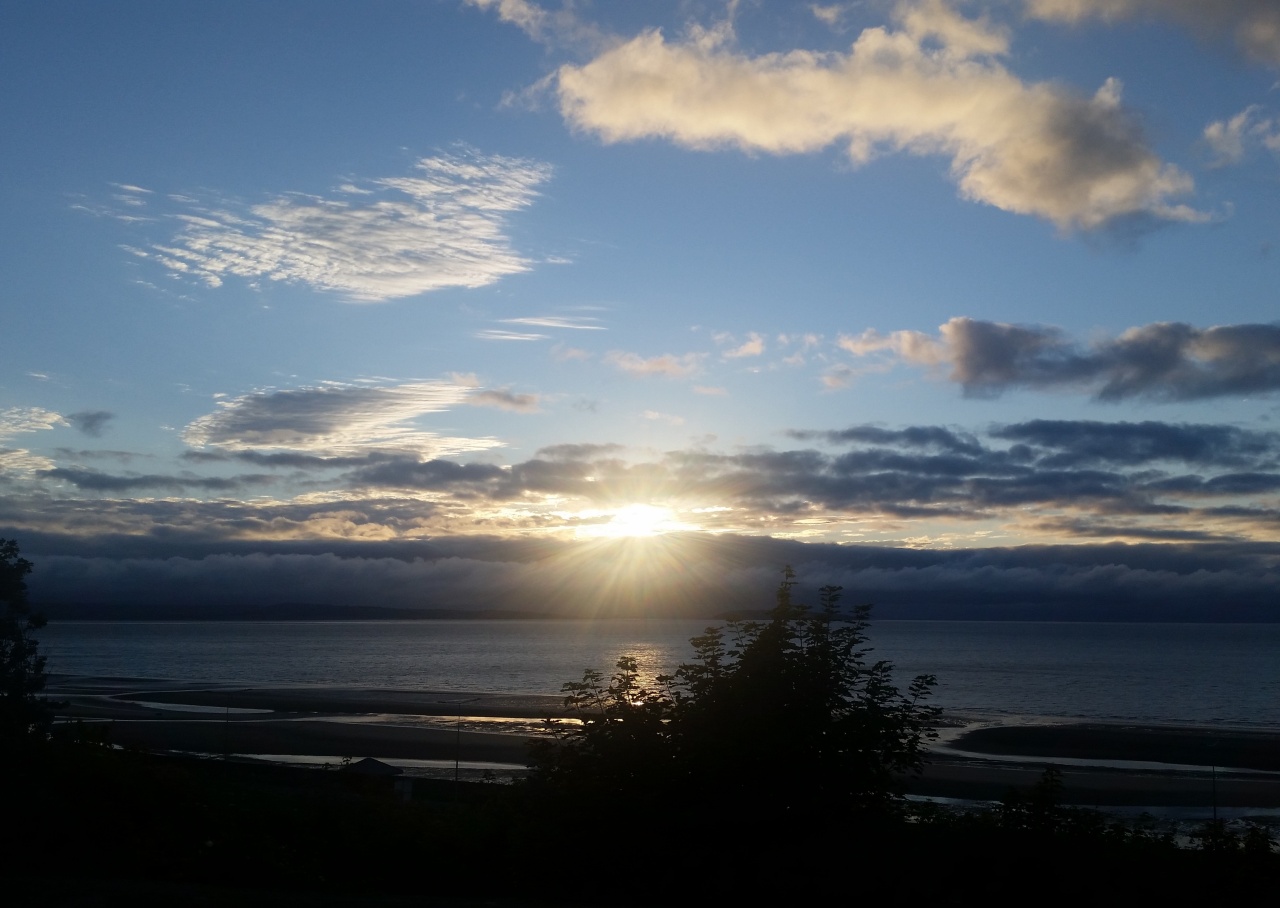 Our first sunset over Puffin Island 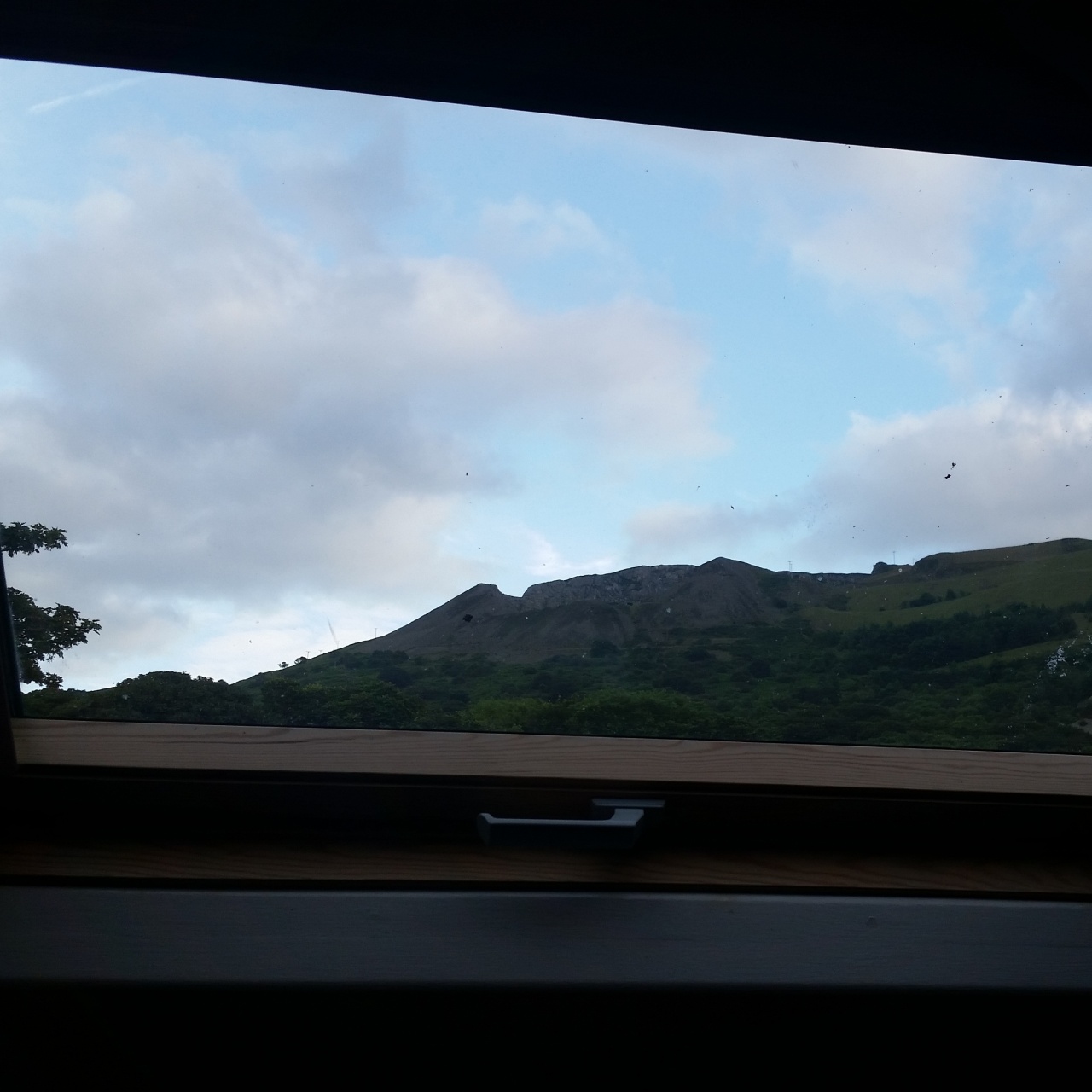 A view of Mt. Snowden out our skylight

In our four days in Wales, I drove about 450+ miles of motorways, secondary highways, country roads, and village streets. These roads took us through 14 of Wales’s 22 counties and through both of its national parks. (All but one of the counties we missed were in the south, and most of those are tiny ones south of the Brecon Beacons National Park.)

These roads took us along coastlines, along rolling hills dotted with sheep, into idyllic villages, up smoky mountains, over rivers, and into industrial harbor towns. These roads took us deep into Wales, beyond the tourist shops and into local pubs and diners where everyone spoke Welsh.

The whole time that we were in Wales, I was reminded of being at home in Appalachia. I’m from the tri-state area where Ohio, West Virginia, and Kentucky meet, at the convergence of the Ohio and Big Sandy Rivers. Of course, back home, we have no sea. More than any other place, Wales reminded me of West Virginia, where I’ve driven many a road in every direction.

The major reason is the geography. Like West Virginia, Wales is a very mountainous place, and a lot of the landscape is dramatic. Geologically, the mountains that run through both of them are part of the same ancient mountain chain.

Not surprisingly, Wales has been mining country for most of its industrial history. We saw old copper mines and flint quarries, but coal was also a huge part of their economy. Both have a history of strong coal unions. The Battle of Ammanford  (1925) brought to mind The Battle of Blair Mountain (1921). As in the whole of Appalacchia, coal mining is a dying industry in Wales. You can read about how Wales is partnering with eastern Kentucky to come up with ideas for dealing with a post-coal economy at After Coal.

Areas that mine coal (or any other resource that’s extracted for profit outside the region) suffer from poverty, and that’s true of both Wales and West Virginia. The per capita income in Wales is £16,893 (equivalent to roughly $25,339 today); in West Virginia, it’s $38,029. Though I have to say, having shopped at a lot of markets for food while on the road, that it’s a little easier to eat well when you’re poor in Wales. You can get local veggies at a very, very affordable price. We didn’t find any food deserts at all. Maybe we could learn a thing or two about that from Wales.

There were, however, a few differences between the two. Most obvious—there’s no sea next to West Virginia, nor are there are random castles. For real, there are a lot of castles in Wales, and not just the big ones that are on the tourist’s radar. We’d round a curve or top a hill and be like, “Is that a castle?” The answer was always yes. You just don’t see that in West Virginia. There were also a lot of beautiful old churches, many much older than any we have in America.

The Cymru, or people of Wales, have their own language—though some may argue that West Virginians do, too—in Welsh, it’s called Cymraeg (kum-RIG, with a long I sound, like “mine”). I tried learning some Cymraeg before we came over. I was pretty proud of myself for my 20 or so phrases, but the Cymru speak fast. I couldn’t catch more than a word here and there. I hadn’t practiced reading, either, and they have an alphabet with a lot of double letters, and those extra letters make for long words that don’t look like what I expect them to sound like. Nathan and I had a good time trying to pronounce these Tolkienesque Elvish place names, and we got some pointers from locals along the way that helped some. Some. So, basically: dwi ddem yn ddarlen neu siarad Cymraeg (translation: I can’t read or speak Welsh). In this case, it didn’t matter, because bilingualism was the norm.

Wales is just a bit smaller than West Virginia, but it’s roughly five times as densely populated. There’s just over three million people there, as compared to West Virginia’s 1.8 million. Despite that heavy population density, there’s a lot of green space. In that green space, we found a lot of public walking trails. On more than one occasion, Nathan and I remarked that we’d be likely to get shot for trespassing when we stopped to gawk at something…like random castles.

I’m really looking forward to going back to Wales and walking, so I can see even more of the land and meet more of the people. While we were driving through, we heard a BBC radio program about a woman who walked 1,000 miles of Wales’s coast with a donkey. I’m looking forward to watching her documentary, Seaside Donkey. I’m not looking to walk that far, but there’s another option: hikers are looking to “reunite” what oceans have divided by creating an International Appalachian Trail. I’ll put that one on the bucket list.

Here are some photos from the road. There will be more when I write about our adventures at Puffin Island, Caernarfon Castle, and Mt. Snowden. 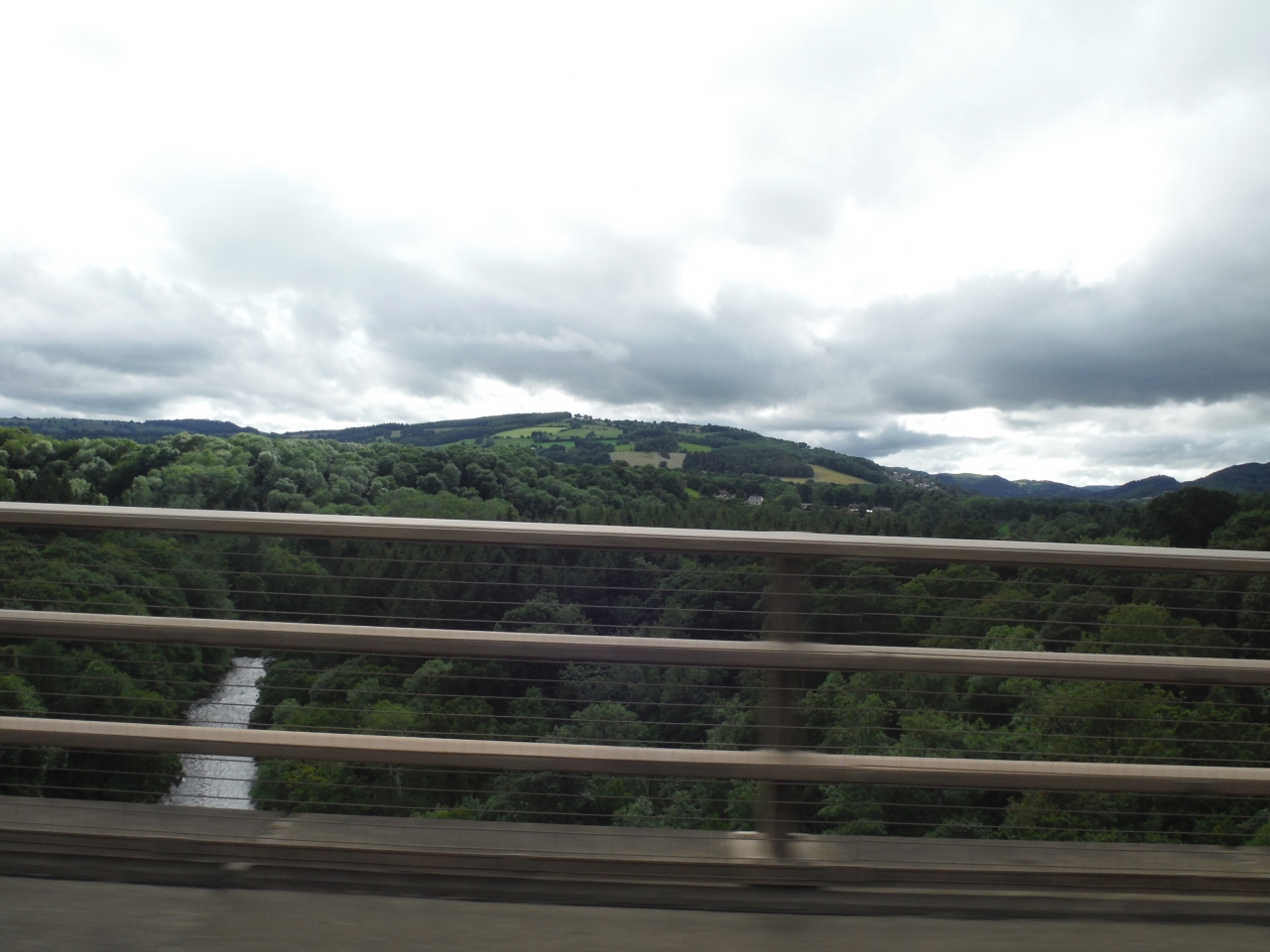 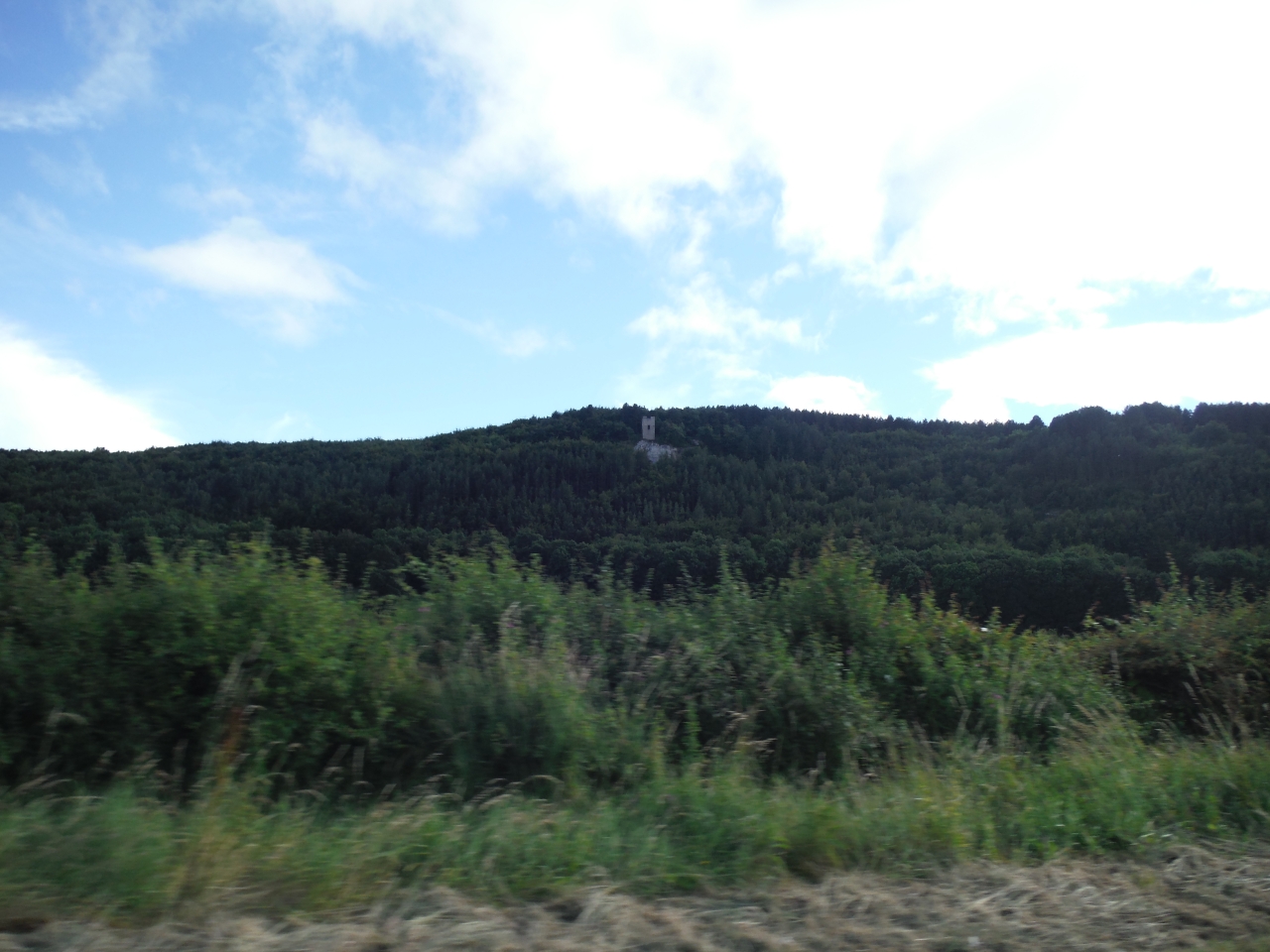 A random castle in northern Wales 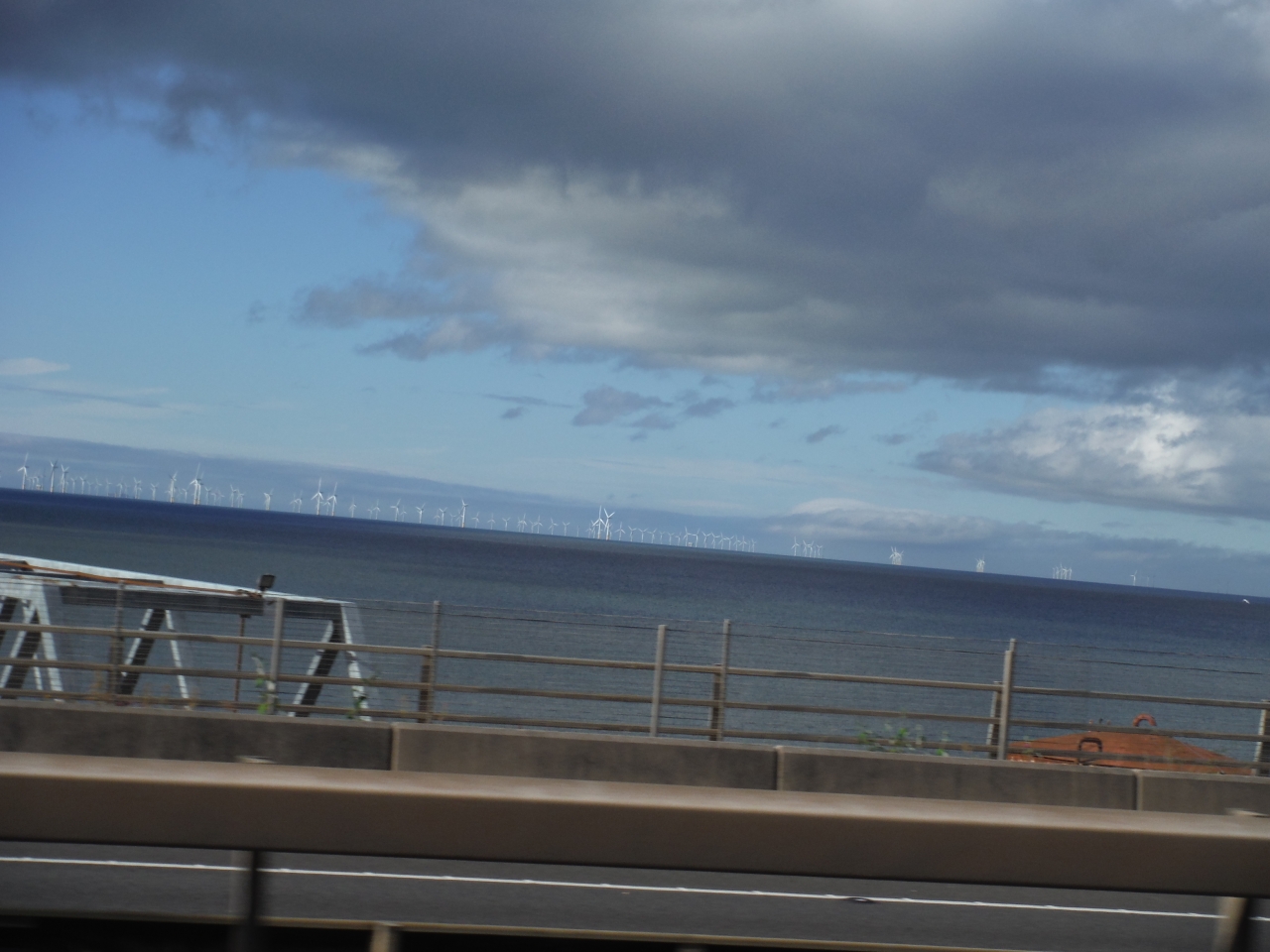 A windmill farm on the Irish Sea 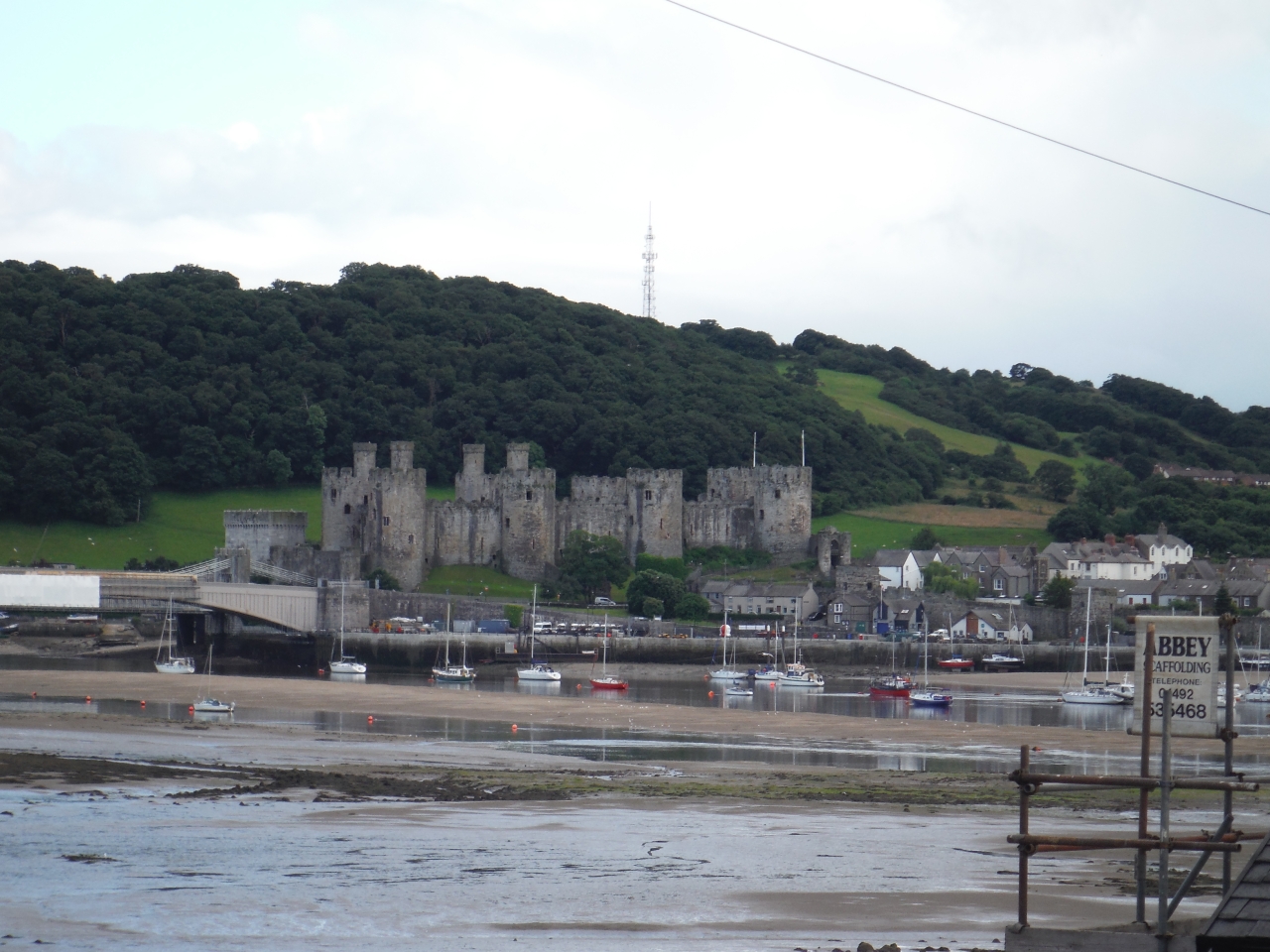 Conwy Castle (CON-way), the view from our first dinner in Wales, at Castle View Pub (a good bite) 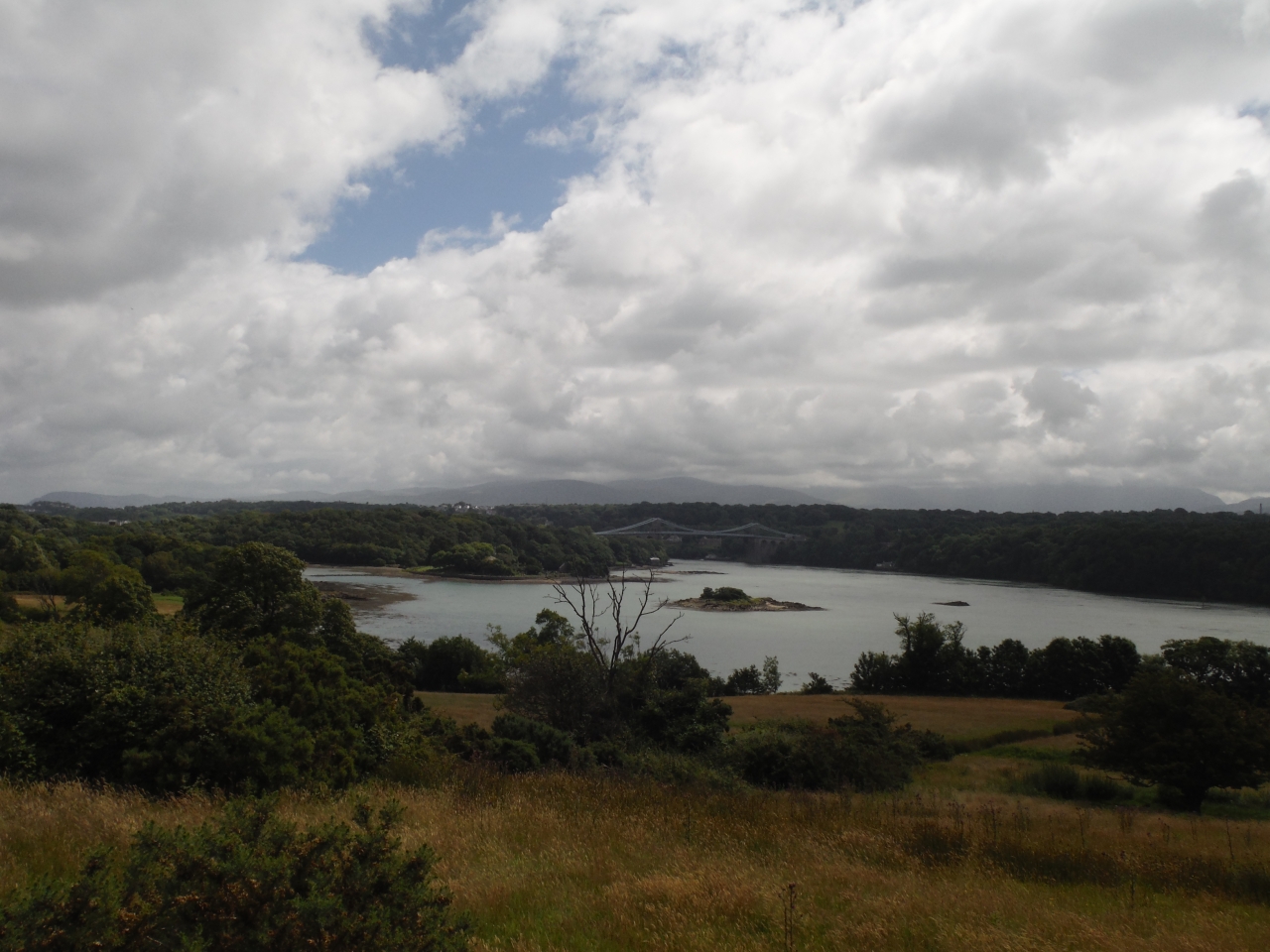 On the way to Beaumaris (byoo-MARE-iss) 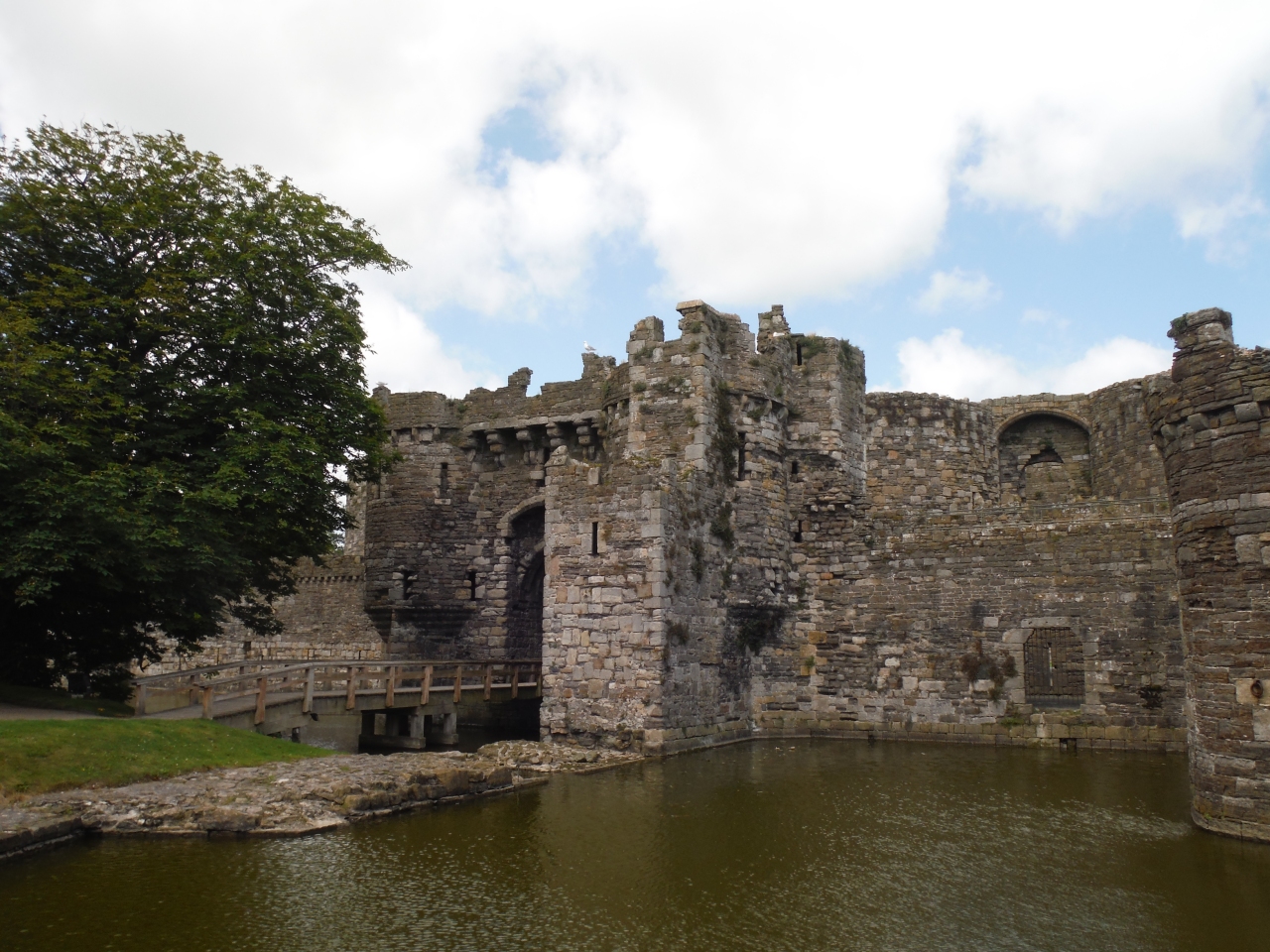 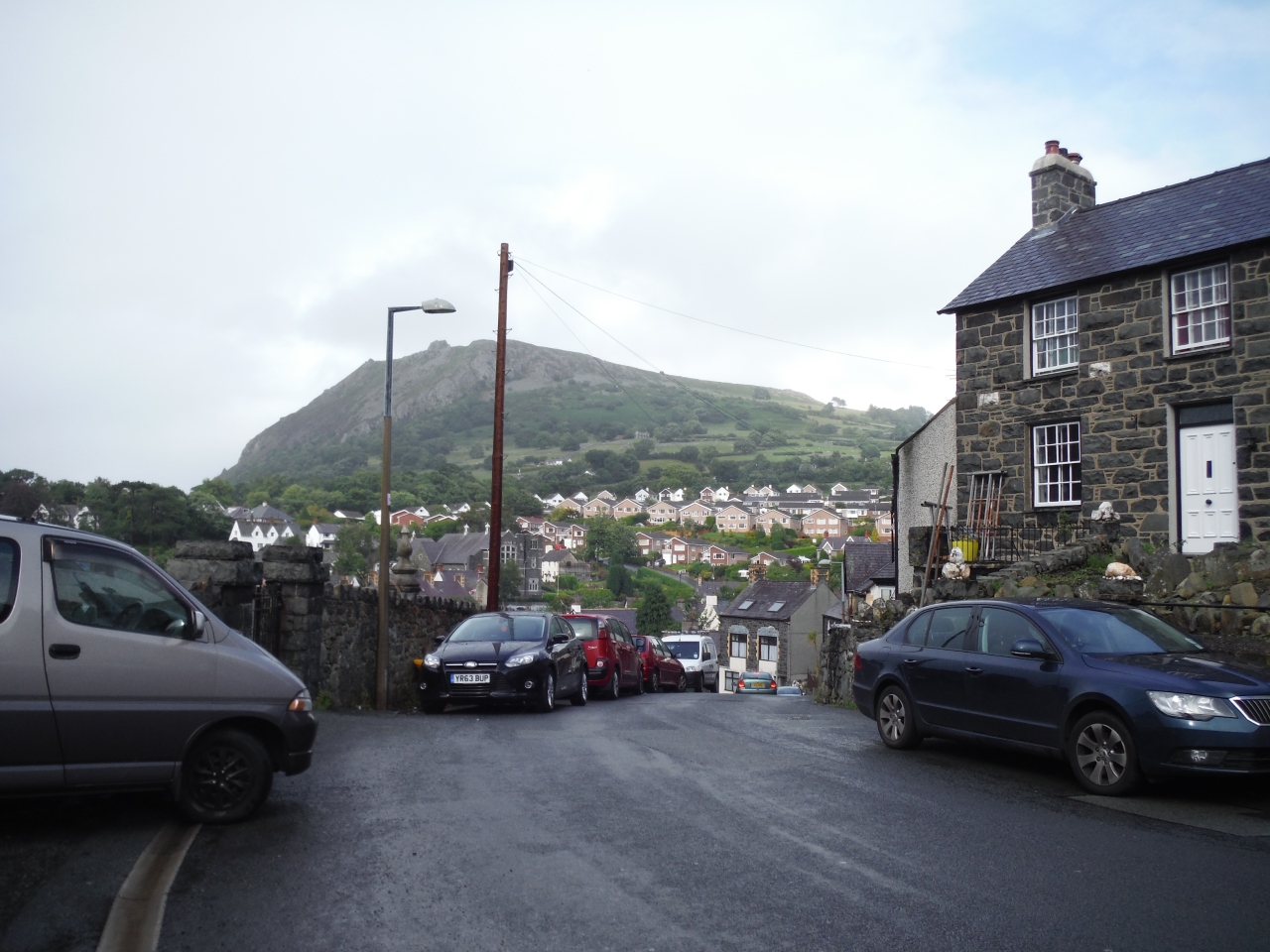 The town of Penmaenmawr, with its steep hills and narrow streets 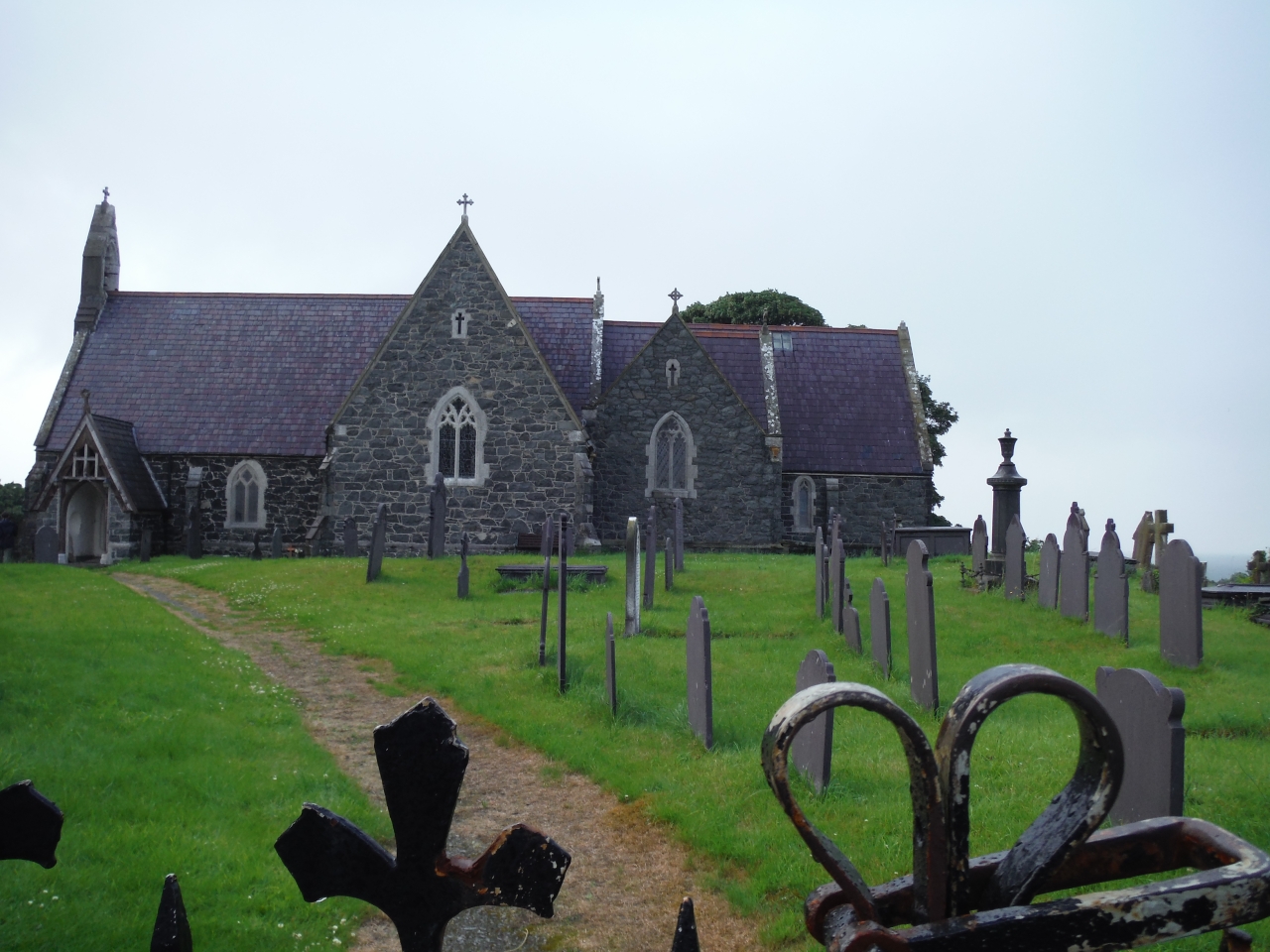 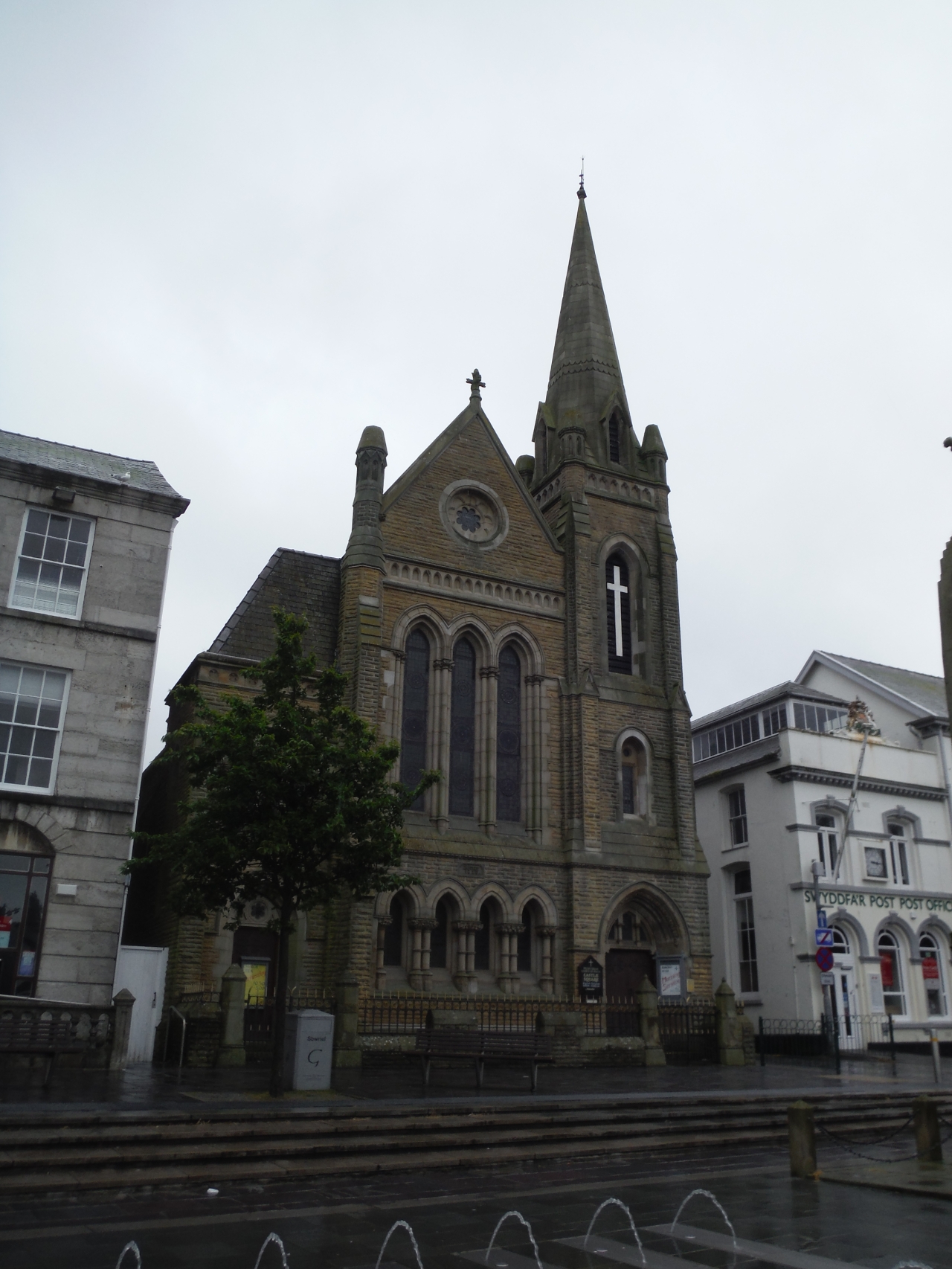 A church in Caernarfon 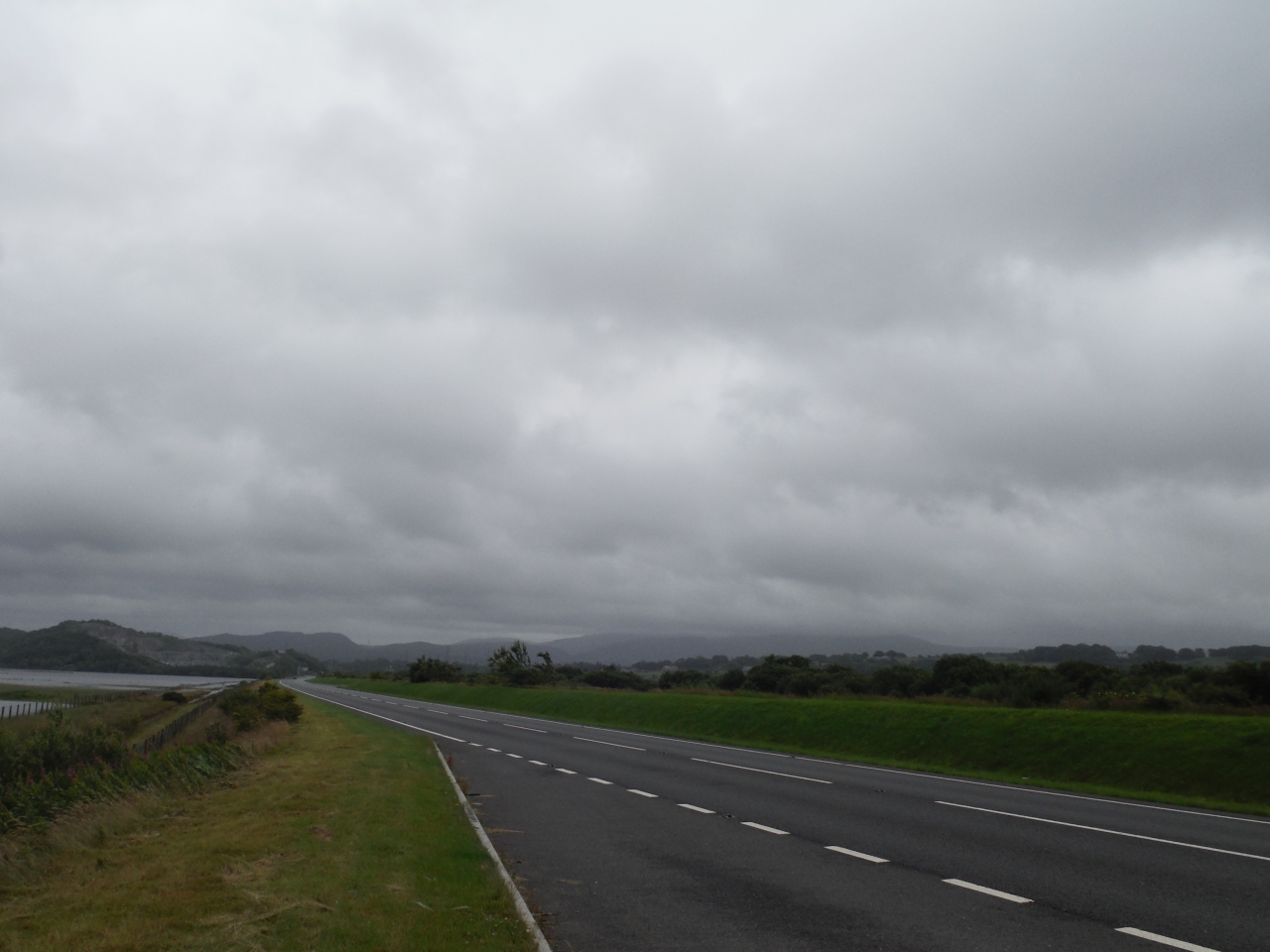 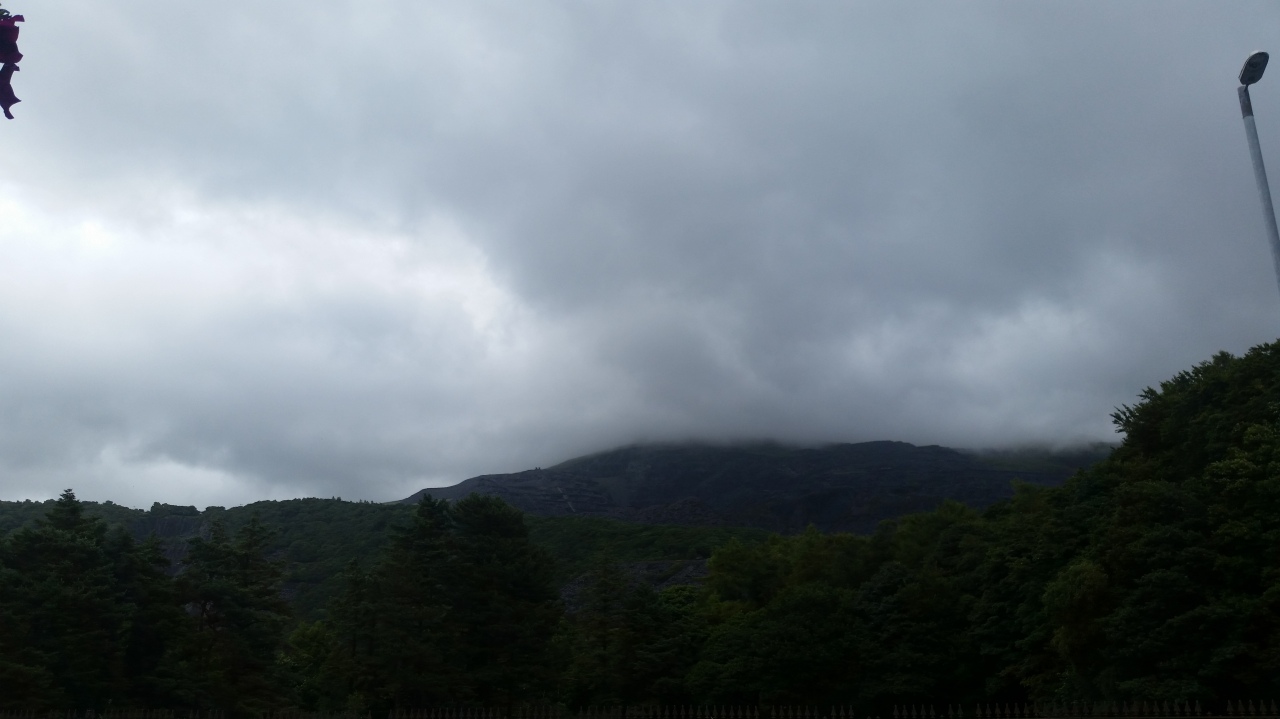 Mt. Snowden, shrouded in mists (with 50+ mph winds on top) 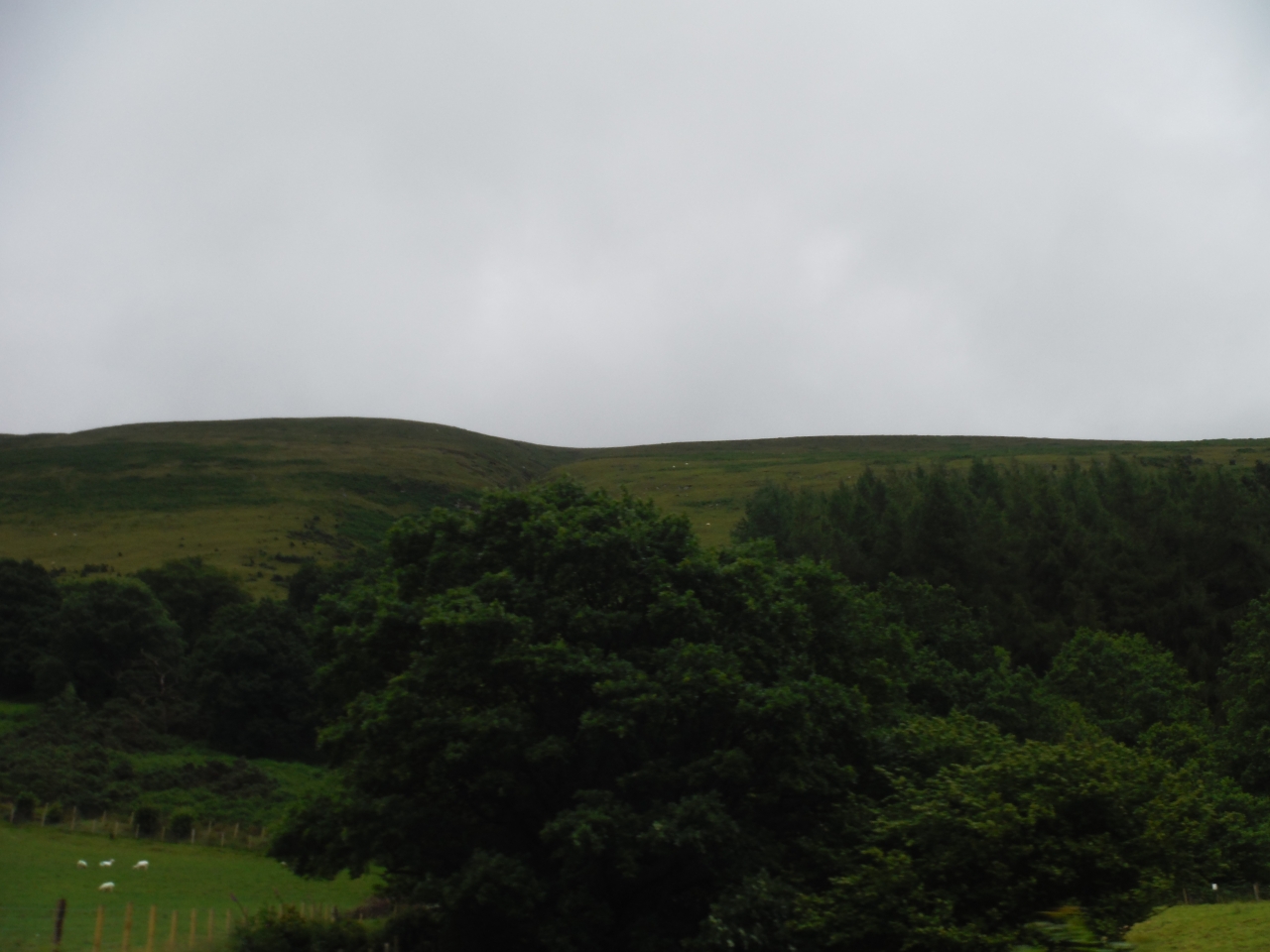 We saw a LOT of sheep in Wales. These were in south Wales. 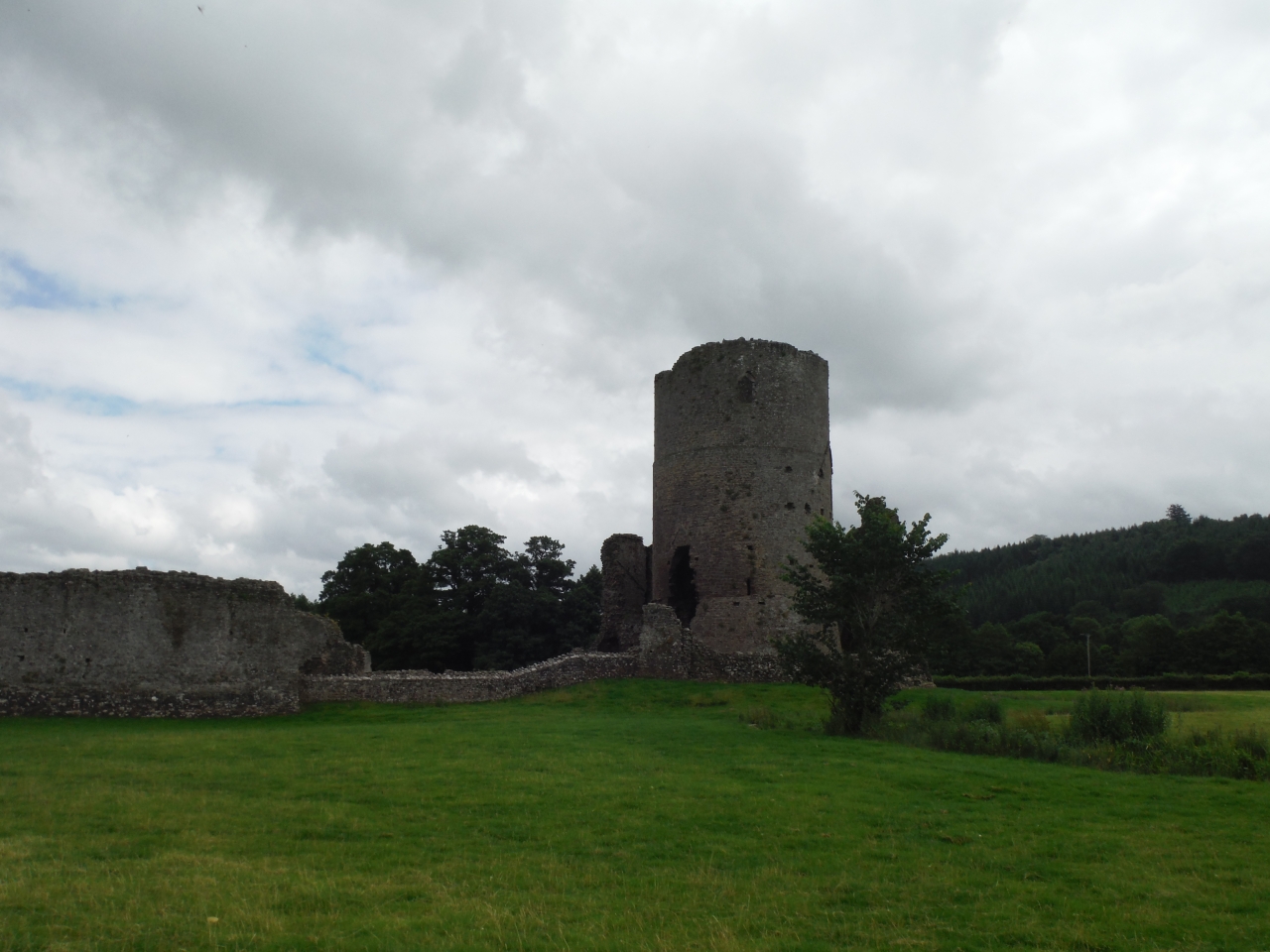 Tretower Castle, a random castle we came upon around the time we needed a walk. 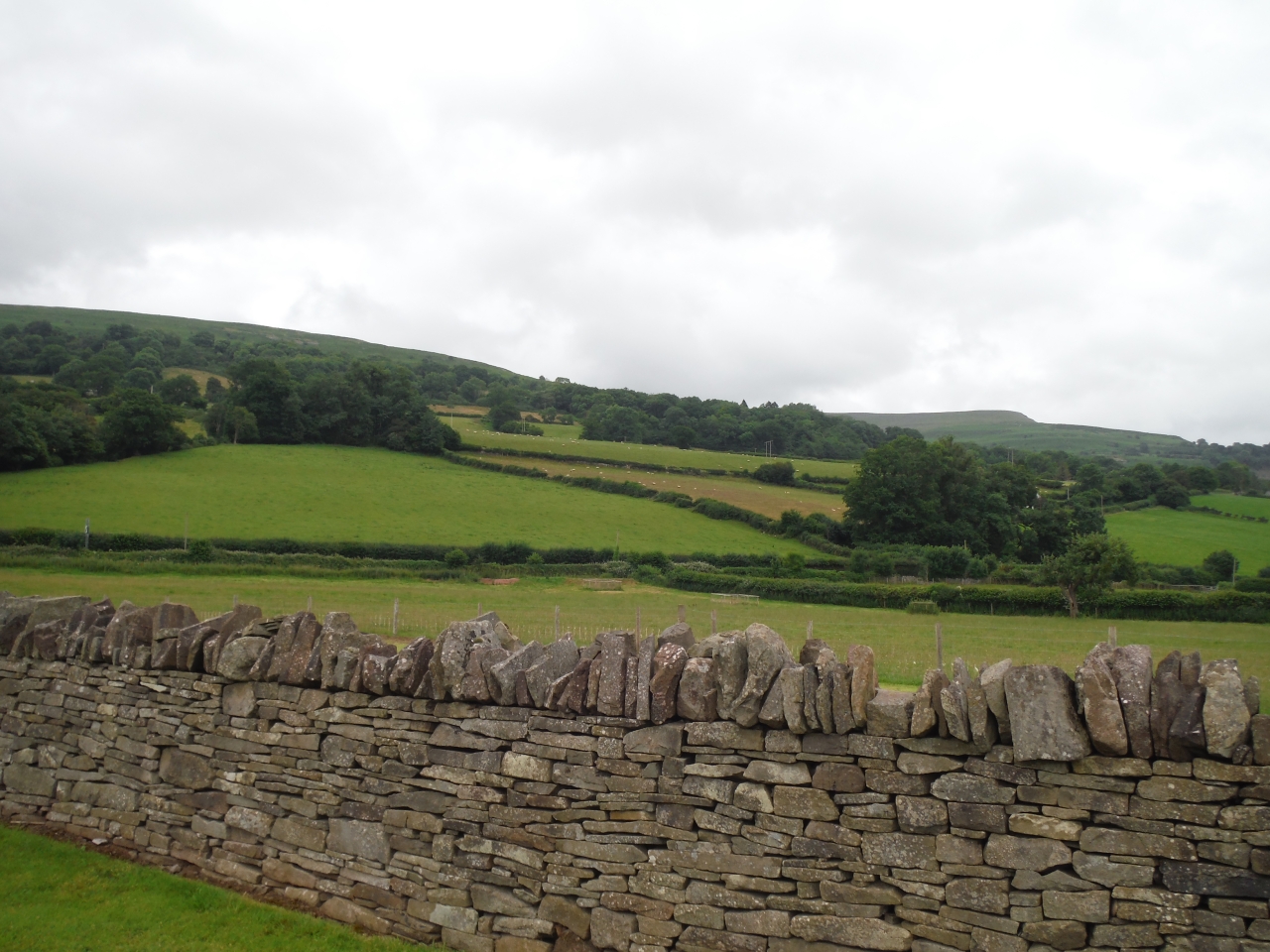 Southern Wales. The rock fences reminded me of Kentucky, but only saw a couple of horses during our time in Wales. 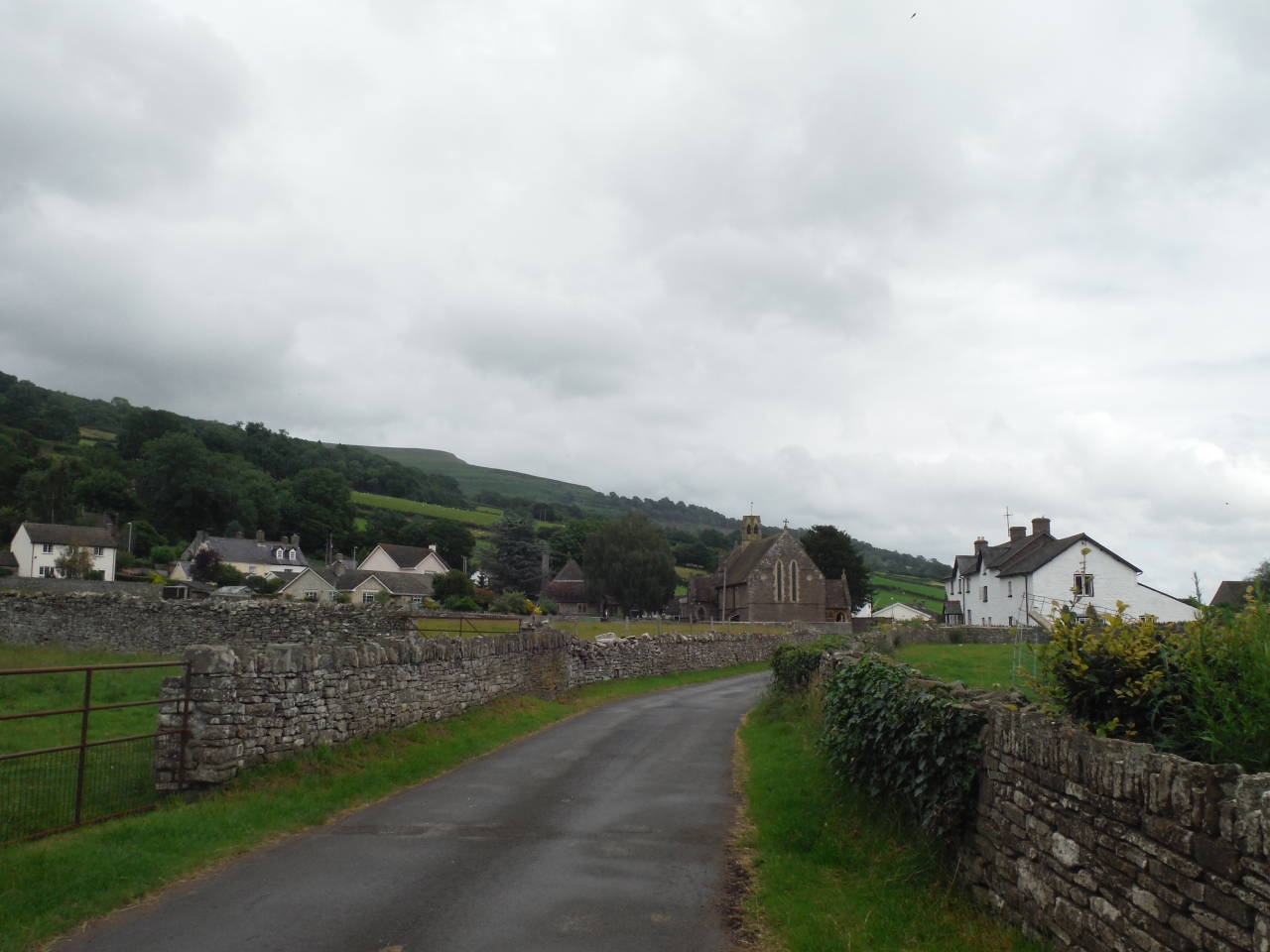 An old church in southern Wales