Before we went on our trip, Nathan and I watched a show about castles in the United Kingdom, and Caernarfon Castle (in Welsh: CARE-nar-von; in English: CAR-nar-fin) was one of our top picks to visit. It was a formidable fortress solidly standing since Medieval times on the sea, built upon an ancient Roman fort. It’s also a place of more recent significance, since it’s where HRH Prince Charles was invested as Prince of Wales when he was 11.

The town of Gwynedd (sounds like Gwynneth Paltrow) was only a 30-minute drive from where we were staying, so we took our time setting out that morning. It was cold, cold, cold, and rainy, the weather we’d been expecting to have a lot of, but hadn’t really since our first day in England, 8 days before. I was actually glad it was rainy, cold, and downright gloomy—it added to the ambiance. It certainly gave us a sense of how terrible it must have been to be a guard as we climbed the towers and walked the parapets of the castle.

Caernarfon Castle was built by Edward I in 1284. When I walked through the gates of Carnarfon Castle, it was the oldest building I’d ever been to—though my travels in the UK took me to older places, none really topped the excitement I felt while creeping around that musky old castle.

The first thing we did was climb to the top of Eagle tower. I should have taken a picture of the spiral steps up, but I was too busy clinging to the rope for dear life. They were steep and small and in a tight spiral. There was no handrail to steady myself with, so you’ll just have to imagine going up and down tiny steep steps in a circle that are covered with cold rain. At least I can share the views that came with the climb. 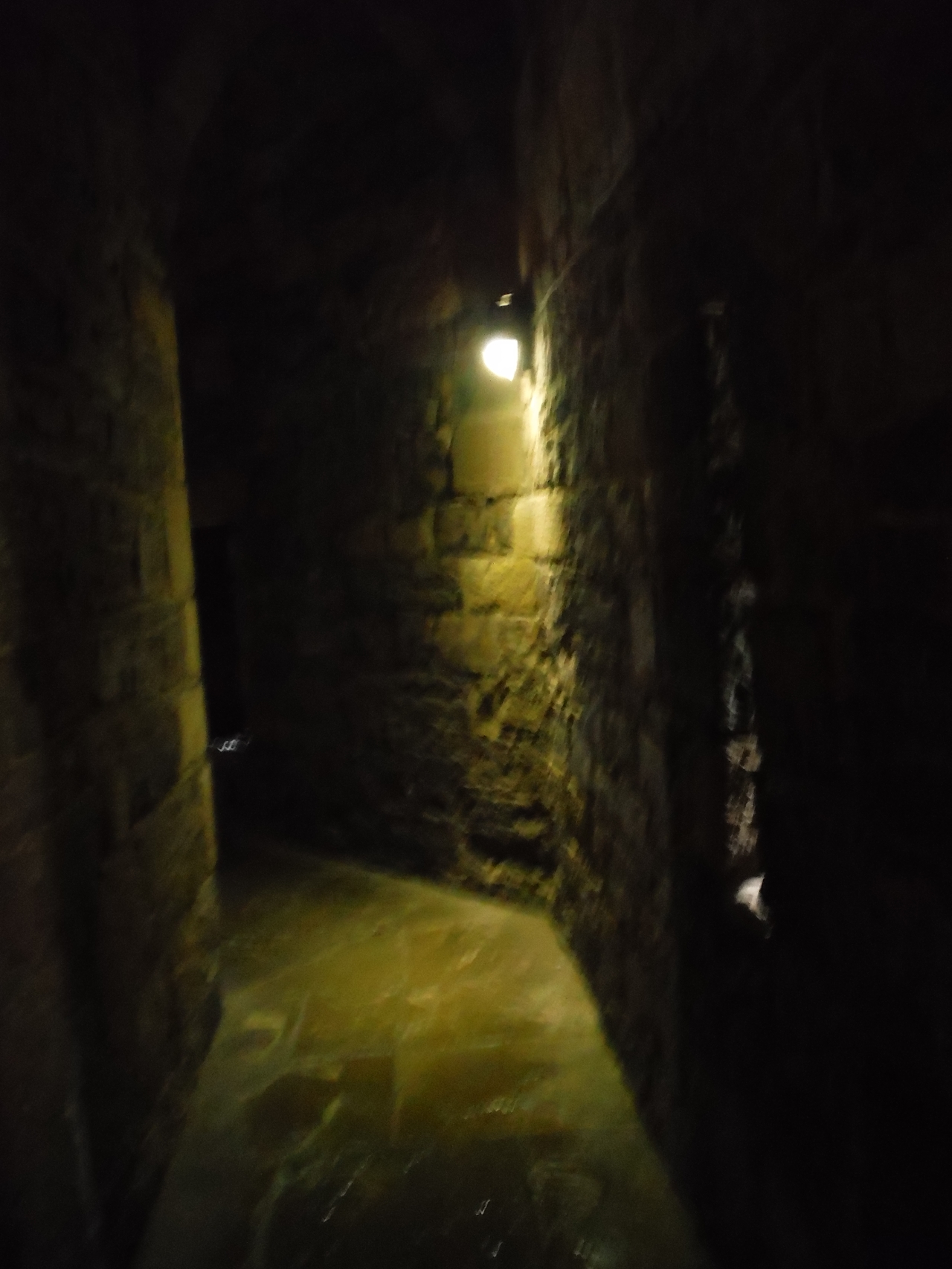 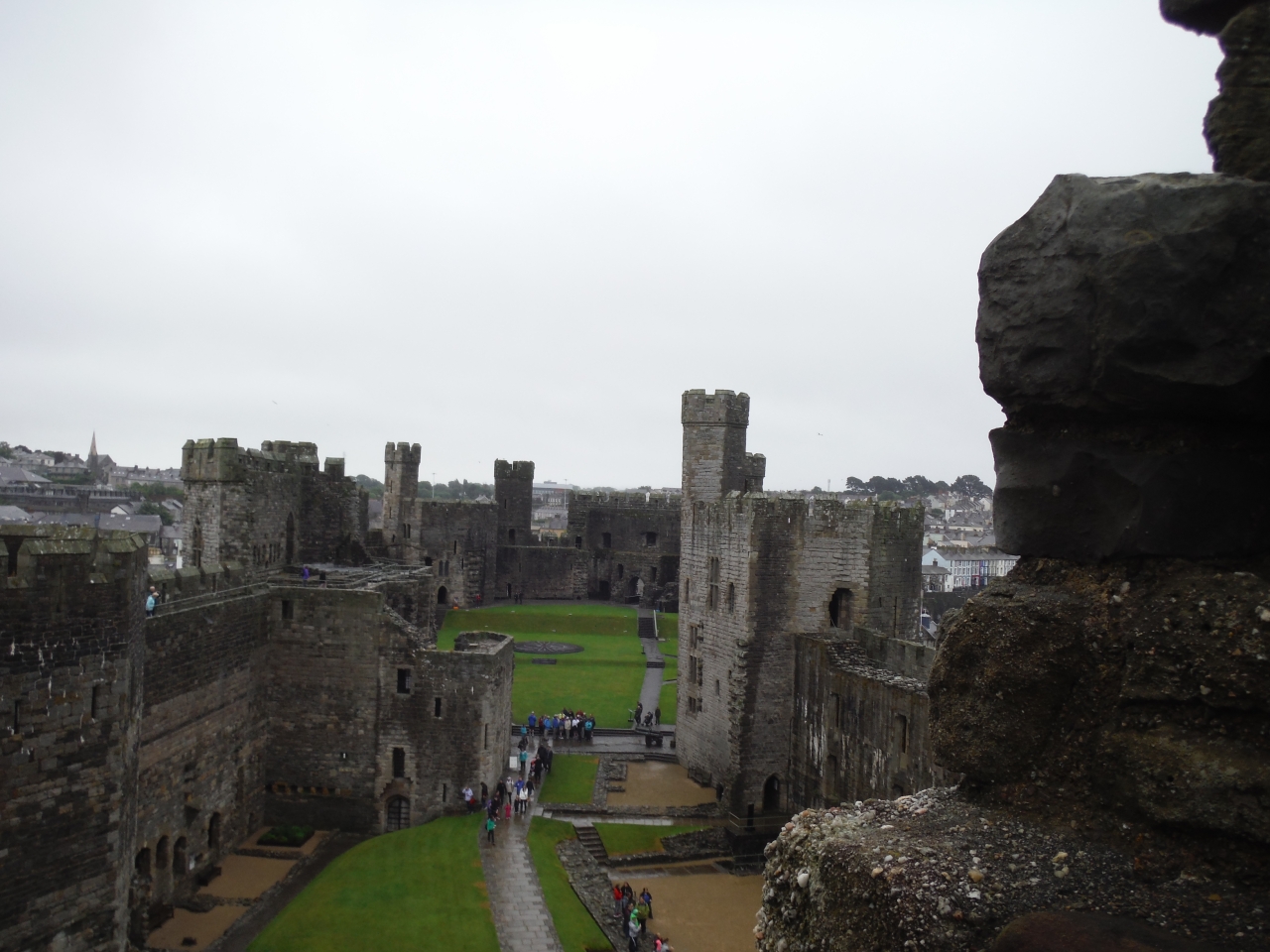 View of the courtyard from the Eagle Tower 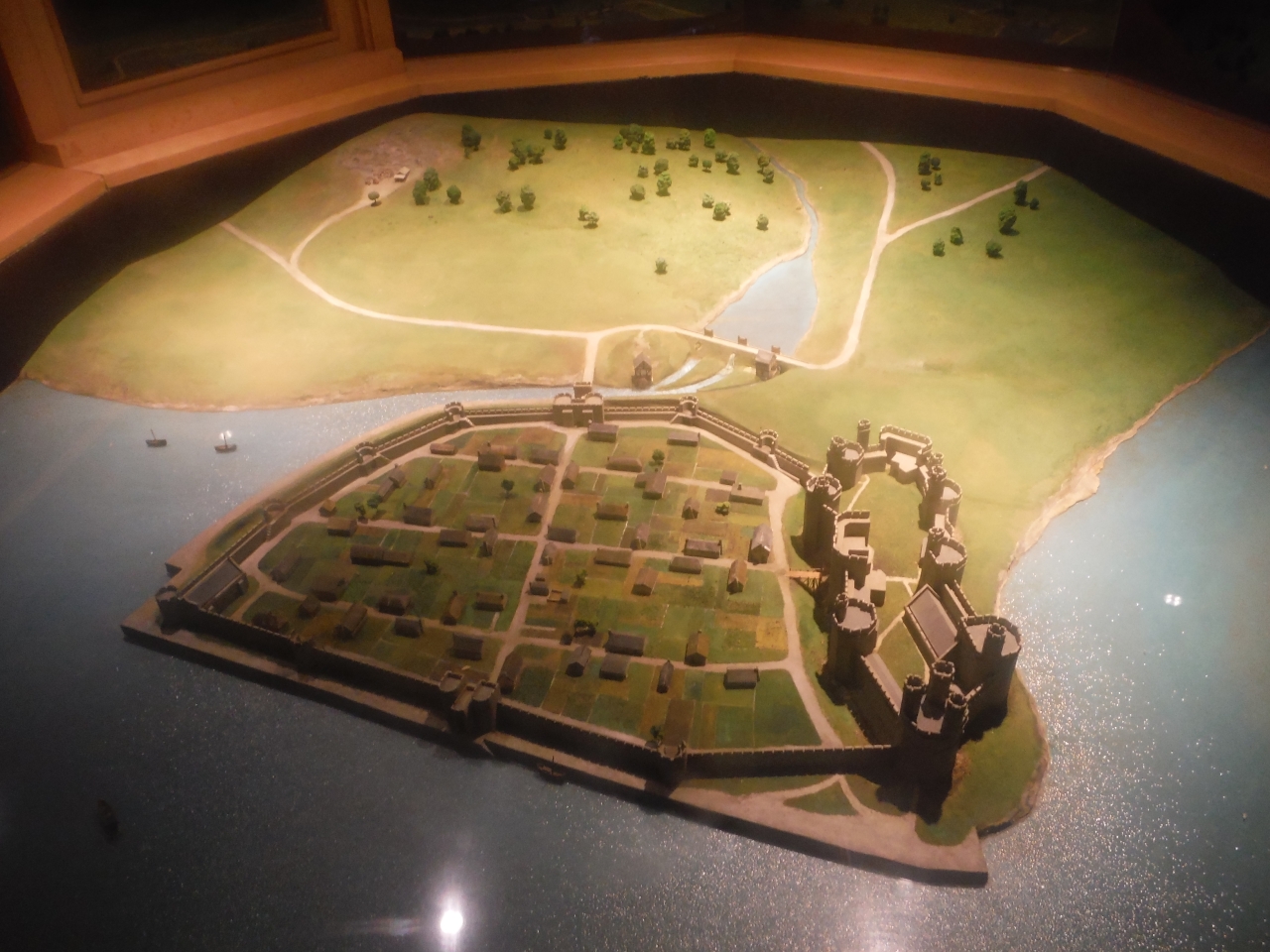 A model of what it would have been in Edward I’s time, kept in his apartments in the castle

View of the sea port from a parapet

A stained glass window depicting the Lion and the Unicorn, heraldic symbols on the Royal Crest of the United Kingdom. Why is Scotland represented by a unicorn? Because unicorns are the best. 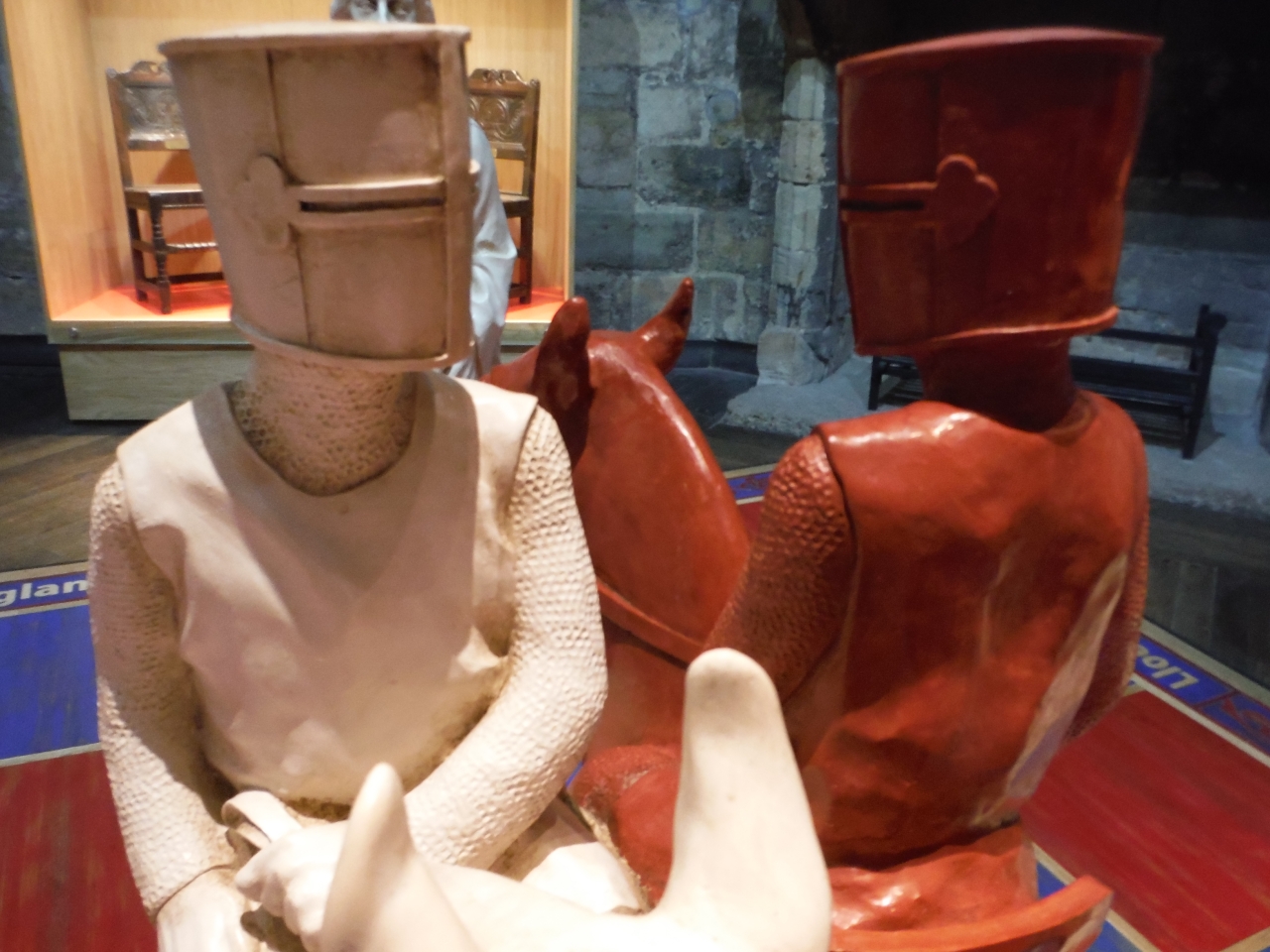 In one room of the castle, they had a chess board overlaid with a timeline to tell the castle’s history. Different chess pieces represented different influential players in politics and wars. I nerded out big time.

View up from the middle of the courtyard

A scene from this great bilingual English/Welsh film they had playing on a round dish in one of the towers. No words except those on screen, only sound effects and music that echoed wonderfully in the dark.

A view out the window along a catwalk. You can see the belfry from the old church opposite the castle gates.

We took a little video from the village-side ramparts toward the harbor side of the castle.

After all the rain and cold, our spirits weren’t daunted, but we did need to warm up. We found a local cafe where everyone spoke Welsh and got some hot stuff to warm us up. The steak pie, chips, and mushy peas were a lot like English food, but Welsh—the same way that barbecue sauce from neighboring states is just a little bit different. This place was easily in my top 3 for the UK when it came to pie.