This was originally posted on Broads United. 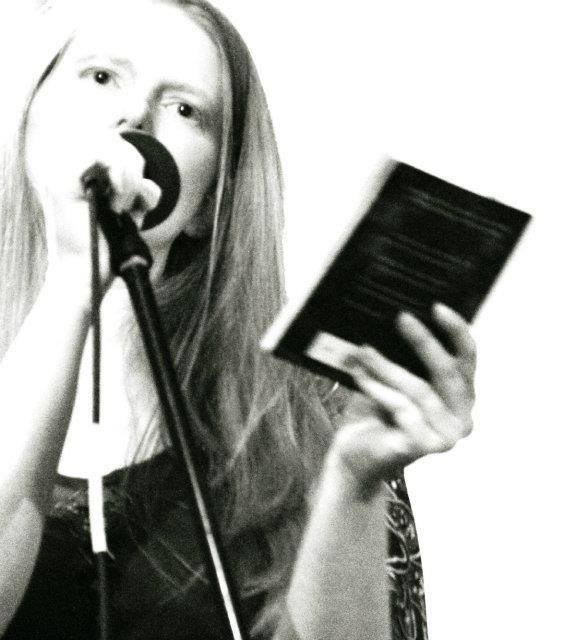 K. Nicole Wilson kicks ass…and can knock a baseball or a rhyme out of the park.

A graduate of the Spalding MFA in Writing program, her work has been published in Marginalia and Open Windows, and often appears on the Accents Publishing Blog. Her poems have also been anthologized in Small Batch: an anthology of bourbon poetry, Circe’s Lament: Anthology of Wild Women Poetry, and This Wretched Vessel and Her Limestone Bones, anthologies for Lexington Poetry Month. K. Nicole’s first poetry collection, This Temple, was published by Finishing Line Press in September of 2016.

A poet and painter who can pack a punch like Muhammed Ali when she wields words or a paint brush, K. Nicole’s known as “The Sports Poet” because her verse often celebrates her fierce passion for sports—especially baseball and Kentucky basketball. But Wilson writes about more than just a ball flying across the outfield or a full-court press. She says that all of her work is about love because love is what’s worth writing about. I’m a believer.

Though I was familiar with her work for a while, K. Nicole and I only recently met. We were both cast in Donna Ison’s Queerology 101, which we performed at the Rowan County Pride celebration. If you missed it in the news, Rowan County Clerk Kim Davis drew worldwide media attention in 2015 for refusing marriage licenses after the Supreme Court ruled in favor of marriage equality in the Obergefell v. Hodges case.

It was in Morehead, in the shadow of all the debates over the lines between “religious liberty” and civil rights, where I saw K. Nicole perform her poem “Flat Lines (For 49 Fireflies).” Her powerful response to the Pulse nightclub shooting centered on the image of the flickering light of a firefly, fleeting and delicate.

And now there’s so many fireflies we’ll never catch,
all moving in the night music, trapped in the rhythm,
the rhythm of staccato drops, so many pulses stopped.
Forty-nine multiplied by thousands

She’s paired paintings of fireflies in mason jars with the poem and plans to complete 49 in total, one for each of the people killed in the terrorist attack. This poem is magical, one of those that needs to be heard and shared. The full text is here.

It was just after Always Dreaming won Kentucky Derby 143 when I sat down with K. Nicole to chat about baseball, poetic forms, painting words, learning to value our worth as artists, and how a poem can save a life.

You can listen to my full interview with K. Nicole here.

You can see what K. Nicole’s up to by following her on social media: @thesportspoet on Twitter or Facebook. This Temple is available now from Finishing Line Press, your favorite local bookstore, or the author herself.

Until next time, be sure to check out the poetry and paintings from “A Broad Perspective” on the blog over at Broads United. Also take some time to learn about the great work that the Rowan County Rights Coalition is doing…in a county where one elected official got famous for not doing her job. Spread the love.

Here are a few examples of K. Nicole’s artwork (and a picture of her as a young Reds fan). 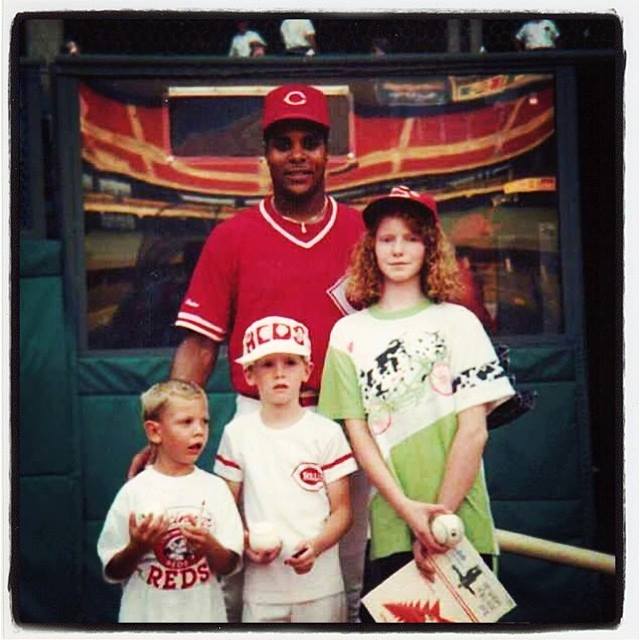